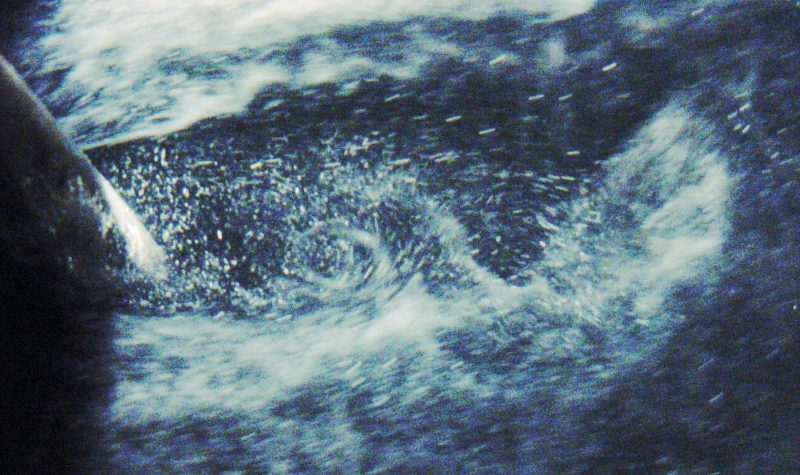 1. When is VIV important?

VIV can result in:

Offshore riser and pipeline systems can experience the following types of Vortex-Induced Vibration as a function of the reduced velocity, Vr, parameter:

Vr < 4
• Pure In-line VIV response with amplitude ~ 10-15% of diameter.
This type of response is normally only examined for pipeline or rigid spool freespan response

Vr > 4
• Cross-Flow VIV vibrations with amplitudes up to 1.5 times diameter and potentially significant drag amplification effects (This type of response is normally examined for long dynamic cylindrical structures such as riser systems, TLP tendons, cables).
• In-line associated response driven by the Cross-Flow with vibration amplitudes less than the Cross-Flow amplitudes

VIV becomes more likely to occur when there are high shedding frequencies present, such as with:

Or when the natural frequencies of the structure are lower, such that they can be excited by the shedding frequency, these occur with:

2. What Factors of Safety are Appropriate?

The industry has been grappling for many years on the issue of what is the best selection for the fatigue factor of safety to use for VIV design. Typically, the uncertainty in VIV prediction is greater than other sources of dynamic excitation, as VIV is a highly non-linear complex phenomenon. Where certainty in prediction is much more reliable, for other dynamic responses, safety factors as low as 3 are used. The industry has to date dealt with the larger uncertainty in VIV prediction by applying fatigue safety factor multiples such as 10 or 20, but with no rational basis. In some cases there is already enough over-prediction bias present that such large factors are not necessary to meet the industry targeted annual probabilities of failure like 10-5.

Studies led by AMOG and championed by DeepStar that dealt with this issue. For details on the results of these studies, please refer to the paper OMAE2011-49820 “Reliability Based Factors of Safety for VIV Fatigue Using NDP Riser High Mode VIV Tests” by Fontaine, E., Marcollo, H., Vandiver, J.K., Triantafyllou, M., Larsen, C.M., Tognarelli, M., Constantinides, Y., and Oakley, O.H.

3. Can SHEAR7 be used to asses the in-line VIV of freespans for pipelines, rigid spools, jumpers and end termination spans?

Yes. A new set of SHEAR7 specific modelling parameters based on model tests has been generated for this purpose. These will be formalized in the next update of the program but are available for use with the existing version.

4. How effective is 100% VIV suppression coverage?

Triple start helical strakes with 100% coverage over the length of the riser having a geometry of 0.25/17.5 D (height/pitch as a function of diameter) have been shown in model tests to be very effective. In real applications, these strakes may become damaged and suffer from marine growth, particularly in the upper part of the water column. Assessment for the performance of the riser should be made by looking at the sensitivity to overall fatigue when the effectiveness of these strakes is reduced.

5. When is the drag amplification due to VIV important?

6. Can SHEAR7 be used for modelling wave-induced-vibration effects?

SHEAR7 requires steady state current profiles as input. In the cases of expected substantial wave induced excitation, for example when KC>40 (where KC is the Keulegan-Carpenter number), the wave profiles can be superimposed on any background current profiles. For conditions where KC is less than 40, there are still circumstances where superimposing wave and current is an adequate analysis approach. When KC is very small, there are other prediction methods which are more appropriate. Please contact user support to discuss.

7. How detailed do the environmental conditions need to be that are input into SHEAR7?

The level of ‘binning’ of the current profiles requires engineering judgment, however as SHEAR7 is a frequency domain program and runs extremely fast, then there is no real time penalty for choosing finer levels of discretization. For near vertical structures, the current should always be made omni-directional, for structures which are not near vertical, such as SCR’s, the user may decide different approaches to resolving current directionality.

SHEAR7 offers a higher fidelity inline VIV response prediction than DNV-RP-F105.  DNV-RP-F105 prescribes an amplitude but makes no comment on the relationship between the amplitude and its value in a modeshape, whereas SHEAR7 uses measure in-line VIV force lift curves to iterate and include modal shape effects to estimate total response.

9. The SHEAR7 program was originally developed for risers. How does it comply with pipelines?

SHEAR7 is a mode superposition program that works in the frequency domain. It is applicable to any structure that responds with modeshapes. For realistic ocean structures with some complexity, it is often advisable to have the natural frequencies and modeshapes input from a 3rd party modelling program like Orcaflex, Flexcom, RIFLEX, Abaqus, ANSYS, for example. AMOG understand that not all of these programs come with automatic export to SHEAR7 functions so, for some programs, users will need to write their own. AMOG can do these conversions, for a fee. Please contact SHEAR7 for more information.

10. What is the input for the SHEAR7 hydrodynamic module? Can it take account of the bathymetry in the seabed, especially with regards to local dunes and piles of sand?

For complex situations, the structural model should be prepared in a 3rd party software. The hydrodynamics of in-line VIV excitation is not very well understood in the presence of boundaries. Cross-flow VIV response prediction is better understood. SHEAR7 is a frequency domain analysis tool.  If non-linear time domain soil interaction is important and necessary, other tools should be investigated.

11. Is there some sort of SHEAR7 training (preferably locally)?

SHEAR7 training is offered in Houston and, from time to time, other locations. Information on these training sessions are posted on this site and also emailed to the SHEAR7 Usergroup. Please ensure that your details are up to date and contact SHEAR7 if you have any questions. If you are interested, training can be arranged locally, for a fee.

In-line and cross-flow vibrations are treated differently depending on what reduced velocity regime and what mode number regime the user is in. For pure first mode in-line VIV response, SHEAR7 treats the excitation as in-line only. In terms of high mode number response, any in-line VIV response is treated as associated to the dominant cross-flow response and considered to be of equal magnitude to the cross-flow fatigue damage rate.

13. Does SHEAR7 have the capability of doing onset VIV screening for fixed risers?

SHEAR7 is a mode superposition program. Provided with the natural frequencies (and modeshapes), it can be used to screen as well as calculate VIV fatigue.  Since it is a frequency domain program, it is very fast.  Some users utilise it to screen for the onset of VIV in pipelines as well as risers/conductors.

14. Can the software predict the onset of vibration in a fixed riser if given mode shapes and frequency calculated in a third party structural model (i.e. ABAQUS model)?

If the user has a structural model in a third analysis package then modeshapes and natural frequencies can be imported into SHEAR7.  For some structural model packages, a small pre-processor may be required to be written to convert to SHEAR7 format.  Please check with the structural model distributor.

15. Can the software predict the onset of vibration in a fixed riser given sheared velocity profile (changes with depth)?

The software’s forte is dealing with sheared currents.  To assess, the user is required to input quasi-static representations of the current + wave velocity profiles.

16. How is onset defined in the software?  If the structure is vibrating at different modes and spans, how is the result provided to and interpreted by the user?

The output may be “No VIV is predicted to occur.”  Or there will be VIV and results provided, which will include all the standard results you would expect (amplitudes, frequencies, curvatures, fatigue estimates etc.)

17. If the structure is vibrating at different modes and spans, how is the result provided to and interpreted by the user?

It is listed in the output file as results by mode number and combined results.

Yes. SHEAR7 incorporates in-line VIV prediction.  This will work the same way as the cross-flow described above in terms of screening and results

19. When should I use the stick-slip damping feature of SHEAR7?

The stick-slip damping feature has been added into SHEAR7 to take into account potential additional structural damping due to interlayer friction dissipating energy. This feature is most applicable to unbonded multi-layered structures like dynamic power cables, static cables with large spans on the seabed subject to VIV, dynamic umbilicals and dynamic flexible unbonded risers (it is not applicable for homogeneous steel pipe). The program incorporates sets of bending stiffness versus curvature hysteresis curves, which are generally a function of tension. If the user does not have a hysteresis curve it may be possible to hand calculate one.

20. What is the valid range of Strouhal numbers that SHEAR7 considers?

The Strouhal number depends on a number of factors including the direction of vibration (in-line vs cross flow VIV), whether the cylinder is fixed or freely vibrating and the Reynolds number. SHEAR7 is validated against experiments ranging between 0.15 to 0.25 however. A relevant paper on Strouhal numbers is OMAE2018-51241. 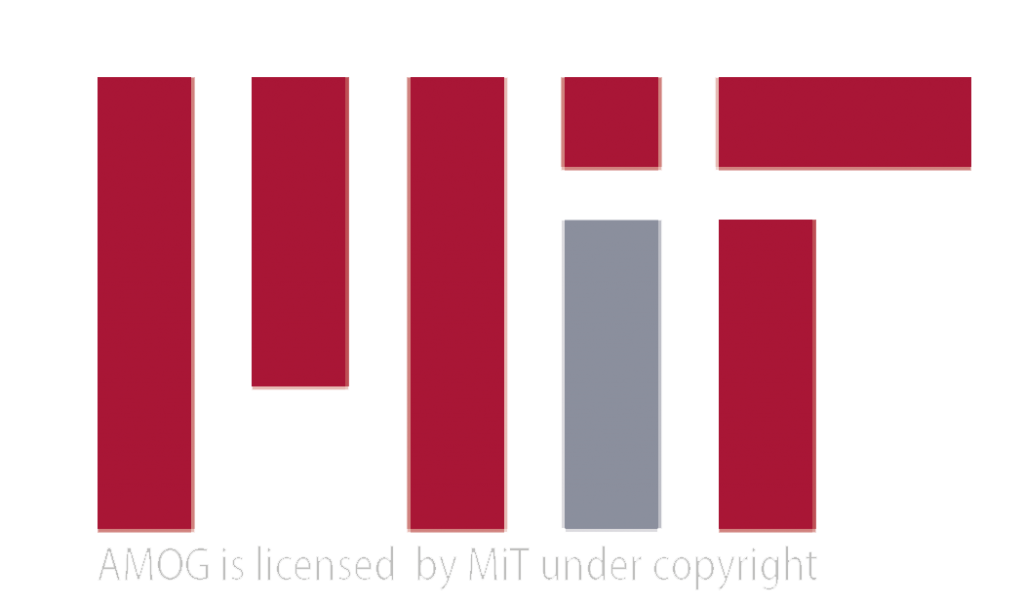